CONGRATS TO CUTCHA WHO FINISHED HER PhD IN 2015!﻿ Cutcha Risling Baldy (Hupa, Karuk, Yurok) received her PhD in Native American Studies with a designated emphasis in Feminist Theory and Research from the University of California, Davis. Her work applies Native American Studies to feminist theory, literary theory and explores contemporary Native American society, politics, and California Indians. She has her M.F.A. in Fiction and Literature from San Diego State University and her B.A. in Psychology with a special focus in Health and Development from Stanford University. She has published articles in Decolonization: Education, Indigeneity and Society and Ecological Processes. She is currently working on a book manuscript tentatively titled no'olchwin-ding, no'olchwinte (To Grow Old In A Good Way): The Hupa Flower Dance and Revitalization of Women's Coming of Age Ceremonies in Native California. She is the author of a popular blog that features articles on California Indians, pop culture, representations of Native people in mass media and self-representations of Native peoples via social media. You can find her blog at: http://www.cutcharislingbaldy.com/blog.

In August 2015 she will begin a position as an Assistant Professor of American Indian Studies at San Diego State University.﻿

CONGRATS TO PATRICIA WHO FINISHED HER PhD IN 2015! Patricia Killelea is a mixed-heritage Chicana poet, musician, and scholar. She is the author of the poetry collection Other Suns, which is available from Swan Scythe Press (2011), and is currently a Ph.D. Candidate in Native American Studies at the University of California, Davis. She holds a Master’s degree in Creative Writing and English, also from UC Davis. Originally from the Bay Area, CA, she has taught the Introduction to Native American Literature course at UC Davis since Fall 2009, and she also teaches Native American Literature and Film at the University of San Francisco as well as Creative Writing at Solano College. A former artist-in-residence at the Santa Fe Art Institute, Patricia has recently completed her second manuscript, titled COUNTERGLOW, and is currently producing experimental video poems. Her poetry is widely published in such journals as Quarterly West, The Common, Spiritus from Johns Hopkins University Press, As/Us: A Space for Women of the World, Gigantic, Fulcrum: A Journal of Poetry and Aesthetics, and many others. Find out more about her work at www.patriciakillelea.com 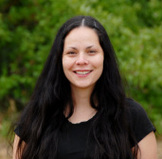 CONGRATS TO BROOK WHO FINISHED HER PhD in 2014! Brook Colley (enrolled member of the Eastern Band of Cherokee Indians, with Wasco, Japanese, and Irish heritage) is a Candidate of Philosophy in Native American Studies at University of California, Davis. In the 2012-2013 academic year, she served as visiting faculty in American Ethnic Studies at Willamette University in Salem, Oregon. While teaching at Willamette, Brook developed and taught courses, including Theory and Methods of American Ethnic Studies, Native American and First Nations Film, Oregon Ethnicities, and Nine Tribes of Oregon. Currently, a recipient of a University of California, Davis Dissertation-Year fellowship, Brook’s dissertation Reframing Tribal Relations: At the Place Where the Cascades Fall investigates the emergence of the tribal casino economy in Oregon and events following the proposal by the Confederated Tribes of Warm Springs to open the Bridge of the Gods Casino and Resort in Cascade Locks. This study contributes an inter-tribal Oregon lens to existing scholarship on the effects of Indian gaming since the Indian Gaming Regulatory Act (1988). Brook’s research interests include Oregon Tribes; Indian Gaming and the Indian Gaming Regulatory Act; Native American Graves Protection and Repatriation act; Native American and First Nations Film and Media; Native American gender and sexuality; and Indian-themed Mascots. 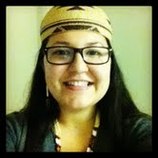 CONGRATS TO STEPHANIE who finished her Masters in 2014! He:yung, ‘awho:lye Stephanie Lumsden. Na:tinixwe ‘a:wht’e. Stephanie is an enrolled member of the Hoopa Valley Tribe. She is currently a MA student in the Native American Studies department at the University of California, Davis. In 2011 Stephanie received her BA in Women’s Studies with a Minor in Native American Studies from Portland State University. While at Portland State University she also earned recognition for academic excellence and was placed on the Dean’s List. Her thesis research focuses on Native American women and the prison-industrial complex in California, Federal Indian Policy, political economy, California Indian history, and California Indian basketry.

CONGRATS TO ROBIN who finished her PhD in 2014! Robin Thomas is a Ph.D. candidate in Native American Studies. She lives in Ukiah, California, which is on traditional lands of Pomo peoples. Her dissertation focus is on Native American student labor at Sherman Institute, as well as the work of families, tribes and communities in reclaiming students from the boarding schools during the first half of the twentieth century. Her research interests include community labor and self-determination; practical approaches to decolonization, repatriation and protecting sacred sites; and land reclamation for Native peoples. She received her M.A. in history from Sonoma State University in 2005.

CONGRATS TO KRISTINA who finished her PhD in 2013! Kristina Casper- Denman has a MA in anthropology from Arizona State, teaches anthropology at American River College and is working on her Ph.D. in NAS with an emphasis in contemporary Native education.

CONGRATS TO NICOLE who finished her PhD in 2013! Nicole Blalock has a M.A. in Native American Studies and a Ph.D. in Education from the University of California, Davis. She is currently a postdoctoral fellow in educational equity in diverse schools at Arizona State University. More information on her work as a scholar and artist can be found on her website http://www.nicole-renee.com/

CONGRATS TO ABEL WHO FINISHED HIS MA SPRING 2012! Abel Ruiz is originally from the community of Tlachichila, Zacatecas, Mexico and he treats Santa Ana, Califas, as his second home. His research interests include (but are not limited to): the application of Geographic Information System (GIS) for indigenous empowerment, indigenous countermapping, decolonization theory, and NAGPRA.

CONGRATS TO MELISSA who finished her PhD SPRING 2012! Melissa Leal is a descendant of Ohlone and Esselen peoples of Monterey, California. She received her BA from CSU, Sacramento in Ethnic Studies and a PhD in Native American Studies from UC Davis - 2012. Her research includes the reciprocal relationship between Hip Hop Culture and Indigenous Communities. She is also interested in Performance Studies, Popular Culture, and the inter-sectionalities of descendants of Africa and Indigenous Americans. She is currently working as an Adjunct Faculty member in the Native American Studies Department at Sonoma State University. Melissa also works on revitalizing the Esselen language. She is a lifetime resident of Sacramento County and teaches dance, jewelry making, and classes on revitalizing indigenous languages. Email: mvleal@ucdavis.edu